Realme 6S is one of the best phones released by Realme. It has a stunning design and is packed with awesome features.

It doesn’t matter how awesome the device is; you will get bored, or you will get the temptation to upgrade to the latest android.

You need an Unlocked Bootloader to root Realme 6S or install custom ROMs.

If you don’t unlock your phone’s bootloader, it will be impossible to root it and install custom ROMs or any other mods. So, you might be wondering, is there any easy way to do it? Well Yes.

If you want to install a custom ROM on your phone because its slow or due to any other issue, we have covered Common Problems and Solutions of Realme 6S go through it once, most probabbly we have shared the solution to your Realme 6S’s issue.

In this article, we will show you how to unlock the bootloader of the Realme 6S.

With the help of this method, you can Root install custom ROMs, kernels, and other mods on your device.

This method is very easy to follow and does not require any technical knowledge.

What is a bootloader?

A bootloader is the first software loaded on your device. After that, the manufacturer usually locks it to ensure that no one else can modify the system without permission.

Bootloaders are responsible for loading the operating system kernel (OS) into memory. If there is an error or the OS is corrupt, a bootloader can help you restore the system to a known good state.

When we say "unlock the bootloader," we mean to unlock the security that prevents us from installing mods in it.

This is done by replacing the existing bootloader with a custom one. This means that your phone will boot any file we want it to, not just the files that are already on your device.

The disadvantage of Unlocking Bootloader

As mentioned earlier, the bootloader is not accessible by the user and thus cannot be tampered with. The bootloader prevents tampering and prevents users from installing third-party apps, such as rooted apps.

For example, if your phone’s bootloader is locked and you forcefully install a custom ROM, your phone will not startup. This will happen because the custom ROM has overridden the boot sequence of the phone.

Not to forget that an unlocked bootloader is a security issue.

Unlocking the bootloader is a good idea only if you want to install custom ROMs, kernels, or other mods on your device.

Unlocking the bootloader of Realme 6S is very easy as Realme itself has developed the method.

However, there are a few things you should be aware of before unlocking the bootloader of your Realme 6S.

In any case, you should take the necessary precautions to avoid any such issues.

First, make sure that you have a backup of all your important files.

If you follow this process, you will unlock your device properly.

How to Unlock Bootloader of Realme 6S

The Deep Testing App takes permission from Realme to Unlock the Bootloader for you. Multiple versions work on different Realme phones; I’ve shared a few versions.

If none of these Deep Testing Apps work for your Realme 6S, you can download a compatible version from the Realme Forum.

Step 3:Boot into Fastboot mode and connect your phone Computer

Can you unlock Realme 6S bootloader?

Can I lock an unlocked Realme 6S bootloader?

Can I unlock the Realme 6S bootloader without losing data?

Earlier it was possible to unlock a bootloader without losing data with a trick, but the trick has been patched and does not work anymore, so now there is no way to do so.

Can I unlock Realme 6S bootloader without PC?

No, the Realme 6S bootloader requires adb tools, which run on Windows and Mac; hence it is impossible to unlock the bootloader without a PC.

We have now come to the end of this article. I hope you liked this article and learned a few things.

If you have any questions or want to share any other information, you can comment below. You can also ask any questions that you want to know about the device in the comments section.

We will be glad to answer your questions.

Do you know any other method to unlock the bootloader of Realme 6S? If so, share it with us. 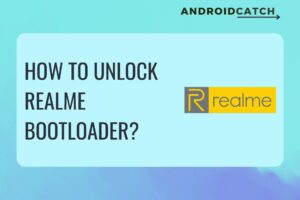 How to Unlock Bootloader of Realme 9i – Easy Method

How to Unlock Bootloader of Realme GT2 Pro – Easy Method

How to Unlock Bootloader of Realme Q3t – Easy Method